Notes on our Iceland trip

Some random notes about our recent trip to Iceland.

What did we see?

We saw sheep; waterfalls; puffins; glaciers; more sheep; Icelandic horses; moss; mountains, including volcanos; the place where the continents of Europe and North America meet; sheep and waterfalls; turf houses; boats large and (mostly) small; large plains covered with volcanic rock covered usually with moss; small austerely beautiful churches in beautiful locations and one large austerely beautiful church (the Hallgrimskirkja in Reykjavik); hilarious huge trucks designed for driving through small streams; geothermal “features” like geysers and hot-spring lagoons that you can bathe in; swans; three or four cows and something I think was a goat; two dogs; more sheep; museum exhibits about the cod and herring-fishing industries; waterfalls and streams. Did I mention that we saw sheep? And waterfalls?

We did not see: trees (well, we saw two or three); reindeer or arctic fox (except stuffed in museums); squirrels (there aren’t any in Iceland); normal pickup trucks; gift shops outside Reykjavik.

Where did we go?

We drove counterclockwise around the entire island. Most of the time we were on Highway 1, known as the Ring Road. But we got off it to go to the Westmann Islands, into the interior in the southwest to see Thingvellir National Park and Gullfoss (waterfall); and to drive out to the tip of some of the peninsulas. I read somewhere that the Ring Road is about 800 miles long (1300 km). I think our vehicle’s odometer at the end of the trip read about twice that, but we got off the Ring Road several times and digressed.

We did not go terribly far into the wilder areas of the interior. We were prohibited from doing that by our van-rental company because the roads get dicey. We didn’t venture far into Vatnajokull National Park (southeast) and we didn’t go into the West Fjords. We feel that we did the country really well for a first visit but there’s a lot to see next time.

We rented a camper van from CampEasy. The point of the camper van was not to save money (the van wasn’t cheap) but rather to give us the freedom to move without needing to plan more than an hour or two ahead. No reservations. For example, when we left Dallas, we still were not sure if we’d circumnavigate Iceland clockwise or counterclockwise. That decision was made the morning we arrived in Iceland. When we saw that the weather was good in the south we headed to the Westmann Islands first, to see puffins.

Campsites in Iceland were great. No more expensive than campsites in the USA and usually with better facilities. And sites didn’t require reservations, at least when we were there.

Before we traveled I’d gotten the impression that Iceland was a food wasteland like Arkansas or England. Not quite! We went from one terrific dinner to another, always accompanied by good Iceland beer (Gull or Boli were my faves). It was lamb or fish almost every night, fresh, well prepared and delicious. Not cheap, but not outrageously expensive either.

We came well prepared, with clothing to wear in layers, good rain gear (including pants), plus gloves and caps. We were there first two weeks of September – end of summer – and temperatures were between 35F and 55F the whole time, sometimes wet and frequently quite windy.

We arrived September 1. You have heard, I’m sure, about how the sun hardly sets in the summer in Iceland and hardly rises in the winter. But while we were there – close to the fall equinox – the amount of sunlight and daylight did not seem unusual. I do regret that I didn’t get to some of the sites earlier in the day: Sometimes the light wasn’t as good for photography as I’d have liked.

The night sky was cloudy most nights we were there, indeed, many nights it rained at night. We did see the northern lights fairly well one night (out of thirteen). I think that’s mainly luck. Our luck could have been better, although to be honest I didn’t care so much about this.

I took about $600 US in cash with me. Never used it. And I never acquired any Icelandic currency, either. Paid for everything with debit or credit cards. Most of the time I paid using Google Pay and my smart phone.

There were times when cell service was non-existent or lousy. But generally, we were able to get decent cell service even in areas where we didn’t expect it. Some of the campsites had wifi but it I don’t recall it being very good. I used my phone as a hot spot a couple times to connect my computer to the ‘net. We paid CampEasy (who rented us the van) for internet service and that was a mistake. CampEasy gave us a tablet to take with us and the internet we paid for was just a matter of using the tablet as a hot spot – in other words, no better than using my phone, and more expensive. I use Google Fi so I had no extra charge for mobile service in Iceland. (Google Fi rocks.)

We were there at the tail end of the summer season, or perhaps right after the season had ended. We never ran into crowds. And once we got beyond the gravitational pull of Reykjavik, we never ran into much traffic. I could drive for half an hour without seeing another car. It was wonderful.

The water in Iceland is without question the best tasting water I’ve ever had anywhere. We did not buy bottled water. We just got water from the tap at the campgrounds or wherever.

If there is a country whose official language isn’t English that is easier for English-speaking tourists to visit, I haven’t been there yet. Everybody speaks English.

The main problem I had was finding Icelandic speakers! I had thrown myself into learning Icelandic before we traveled. I managed to acquire some basic conversational skills and was eager to practice. But that meant I needed to find somebody who wasn’t busy. I did have a number of these opportunities and they were really enjoyable: Takk! to all the Icelanders who chatted with me, answered my questions and helped me with my grammar. But often, I’d approach somebody and address them in Icelandic and get the response in English, “I’m sorry, I don’t speak Icelandic.” Quite a few people who we met in restaurants and shops were from Czech Republic or Poland.

My photos of Iceland are now live on my website. 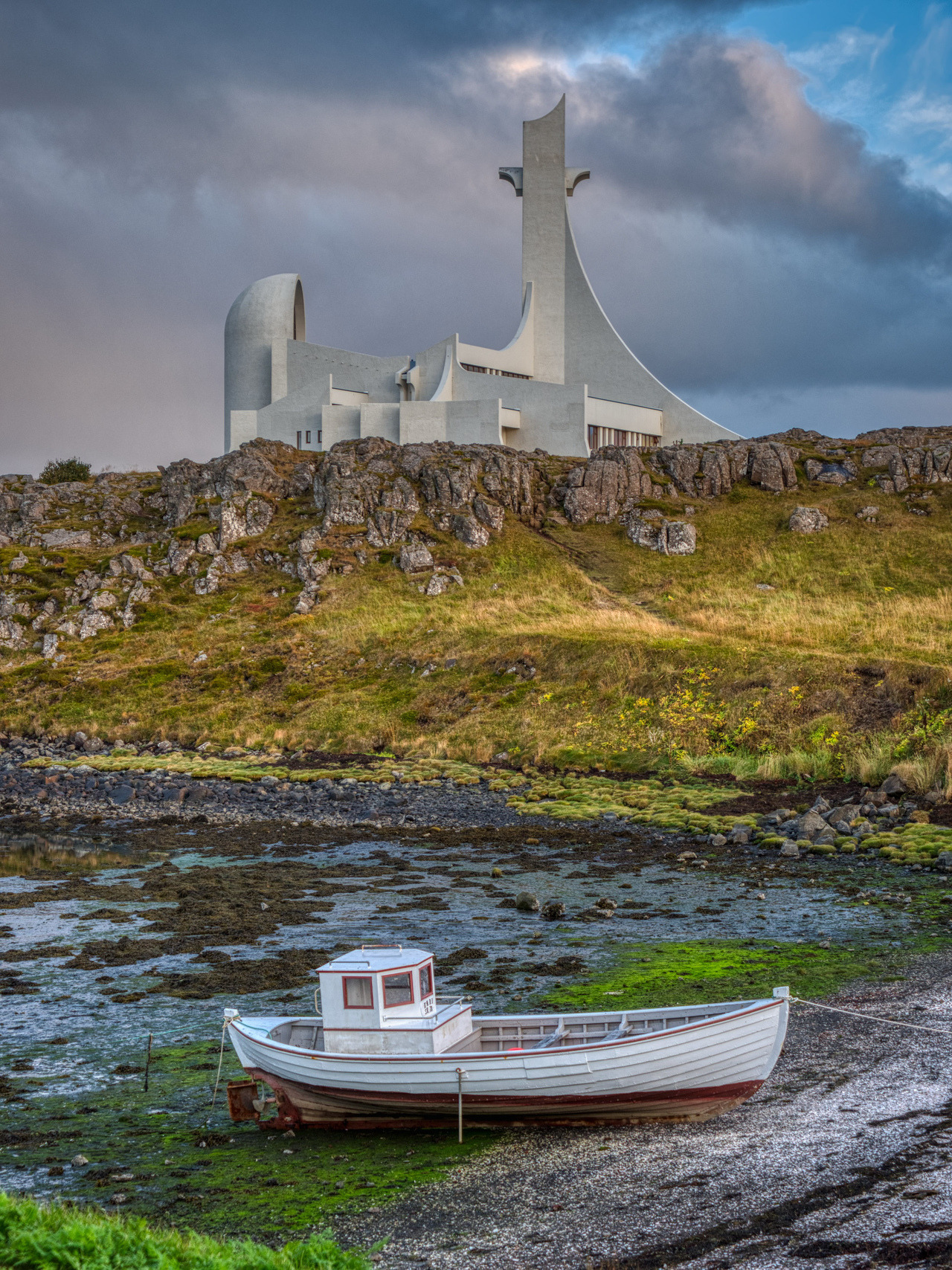 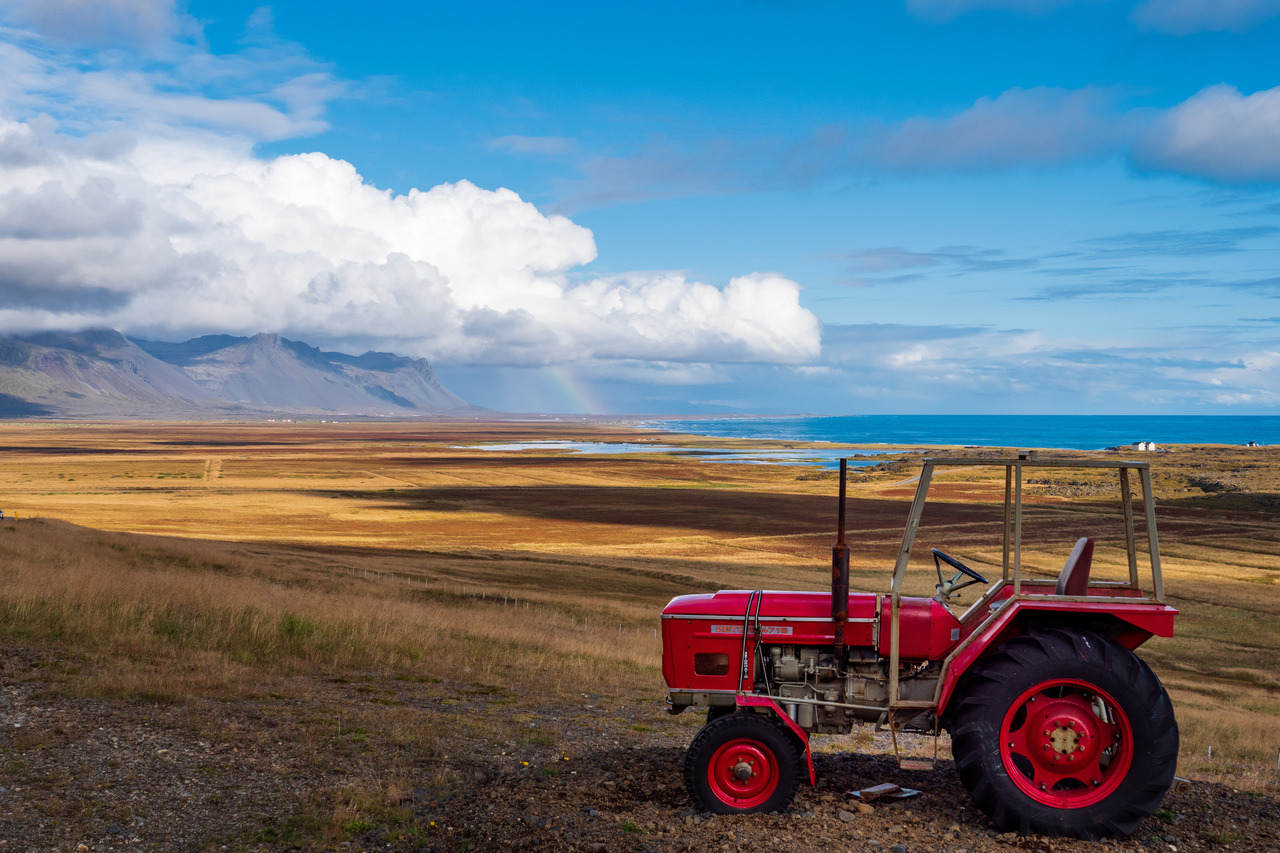 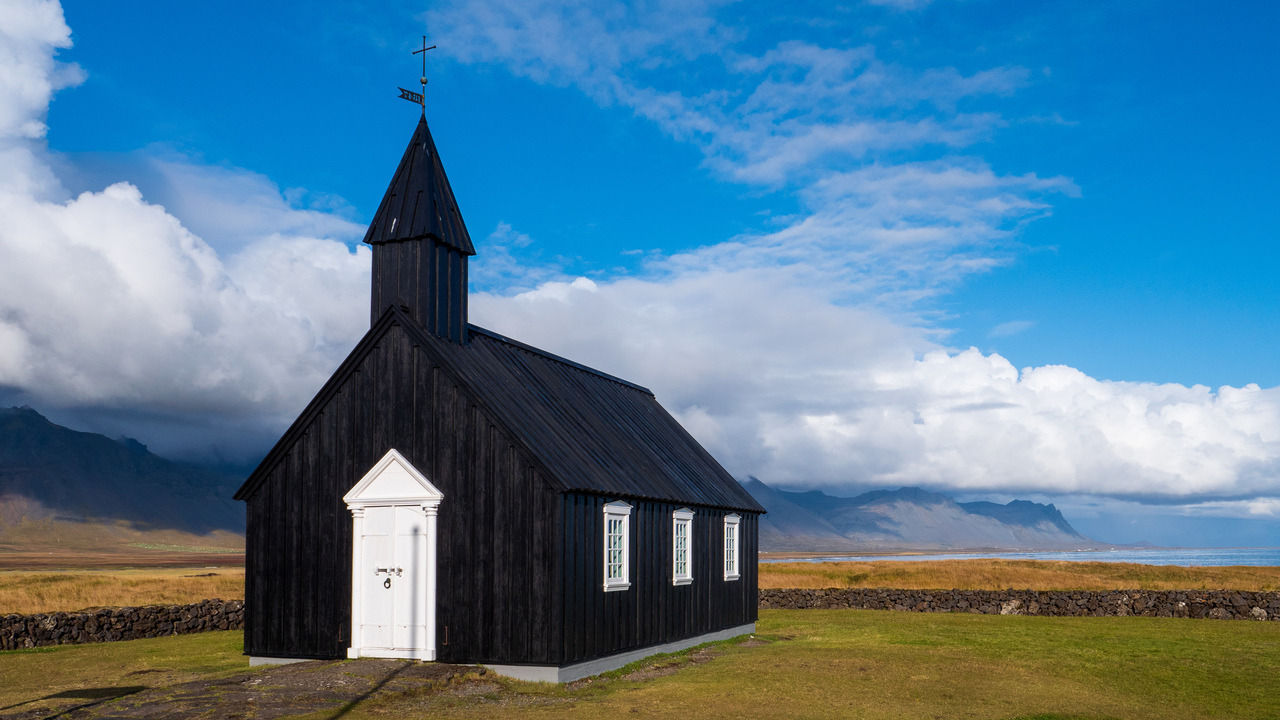 Before we left for Iceland, I agonized over what equipment to bring. The basic choice was between the Sony RX 10 Mark IV that I’d taken with me to Yosemite; and the Panasonic G9 mirrorless interchangeable lens camera. Pros and cons:

I decided to go with the Panasonic G9. Good decision? I can’t say. Probably. Maybe. We didn’t have as much rain as I was expecting, so the Sony RX 10 Mark IV would, as it turned out, have been fine. But with the G9, I never had to worry about the weather.

Nevertheless I did make a big mistake as a consequence of thinking about my options in the wrong way. Instead of thinking as much as I did about bodies and sensors, I should have thought more about lenses. I decided to take just two lenses with the Panasonic G9: the Leica f2.8 14-60, and the Olympus 7-14 Pro ultra-wide. Sigh. I thought I’d only be shooting landscapes. Wrong.

On our second day there, we had the thrill of staring down a steep cliff side to see puffins – scads of them. The experience was great and I’ll remember it for a long time. But if I’d had the RX10 with me or my excellent 70-300 lens for MFT, I’d have been able to take puffin photos that I’d cherish. And although we didn’t do a lot of bird watching after that, there were some shots of houses, waterfalls, sheep or horses, and other subjects that I would have liked to have a longer lens for. Next time, I take a long lens instead of the ultra wide. Or I take the RX 10 Mark IV.

As for the difference in the sensor size, it’s not nothing, but it’s not usually a big deal, either. Perhaps it mattered for this trip because although we had more bright and clear weather than we expected, we had our share of dark days too. The G9 probably did a little better on those gloomy days than the RX10 would have.

It came down to a photo-finish (pun intended) between 22 Slides and Squarespace. I went with 22 Slides mainly because I like the fact that I can insert text in between photos in a horizontal-sliding gallery. And 22 Slides is a little cheaper. But I could change my mind later. I like Squarespace a lot too.

One significant difference: Squarespace provides its own blog platform, and 22 Slides connects to Tumblr. I never quite made my mind up about Tumblr. I fear that I’m too old to be on Tumblr. The other problem with Tumblr (well, potential problem) is that it’s designed for short posts and I’m long-winded.

But I’ve used Tumblr now and then over the years. It is pretty easy to use, handles photos tolerably well. And it’s what 22 Slides supports. End of story.

I was stunned to learn today that Fr David Bellinghaused, O.S.B., pastor of St Mary’s Church in Altus, Arkansas, died last Tuesday, December 31, 2013. That was just 2 days after we attended Mass at St Mary’s and then spent a delightful hour with Fr David. He gave us a gracious and informative tour of the church.

He was a good, gracious and learned man. My sympathies are with the members of St Mary’s parish in Altus.

Photos of St Mary’s Church in Altus, Arkansas, taken after Mass on Sunday, December 29, 2013. Pastor Fr David Bellinghausen, OSB, gave my wife and daughter and me a guided tour of the church and explained some of the history of its adornment. It’s one of my favorite churches in the USA. 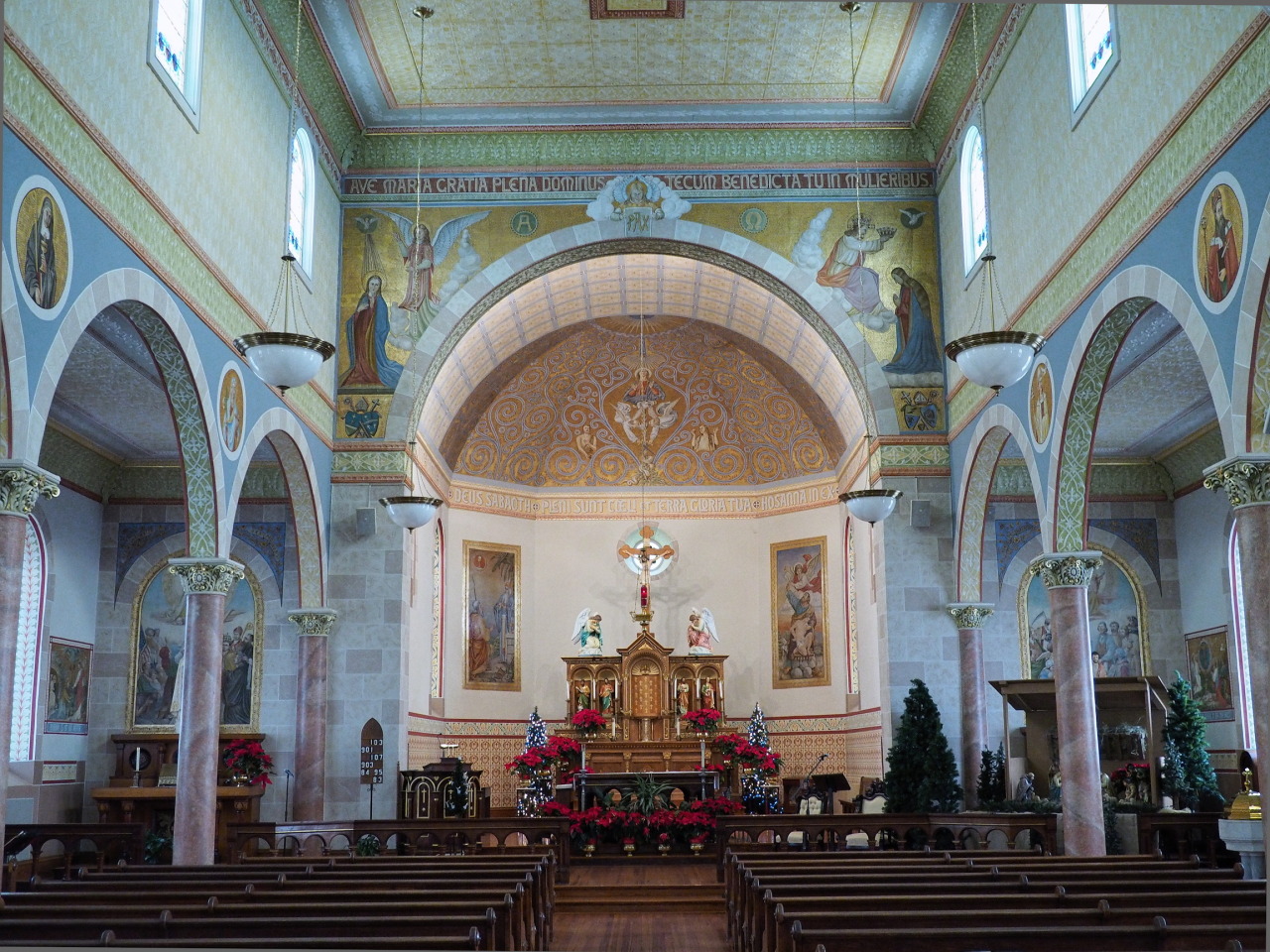 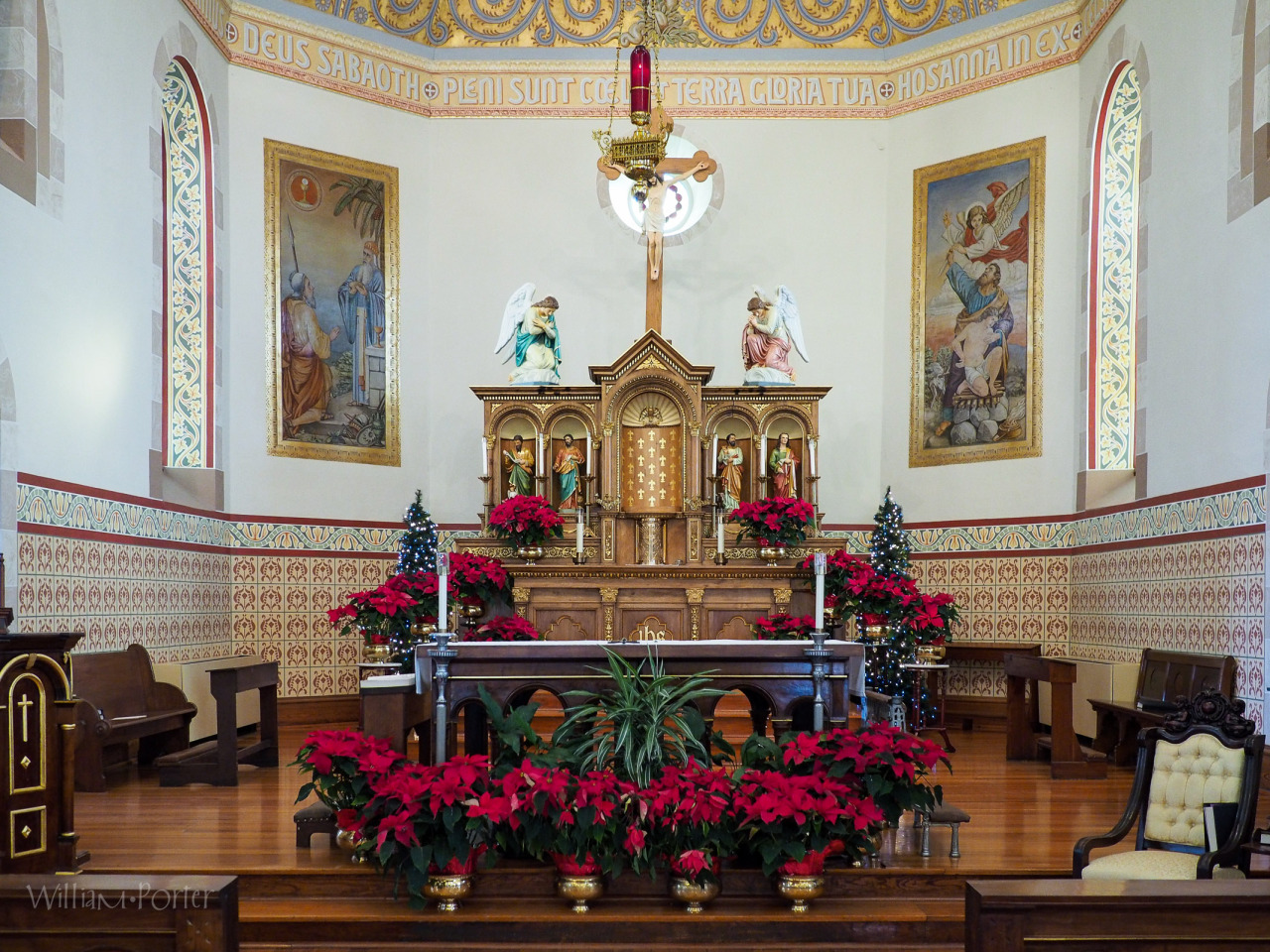 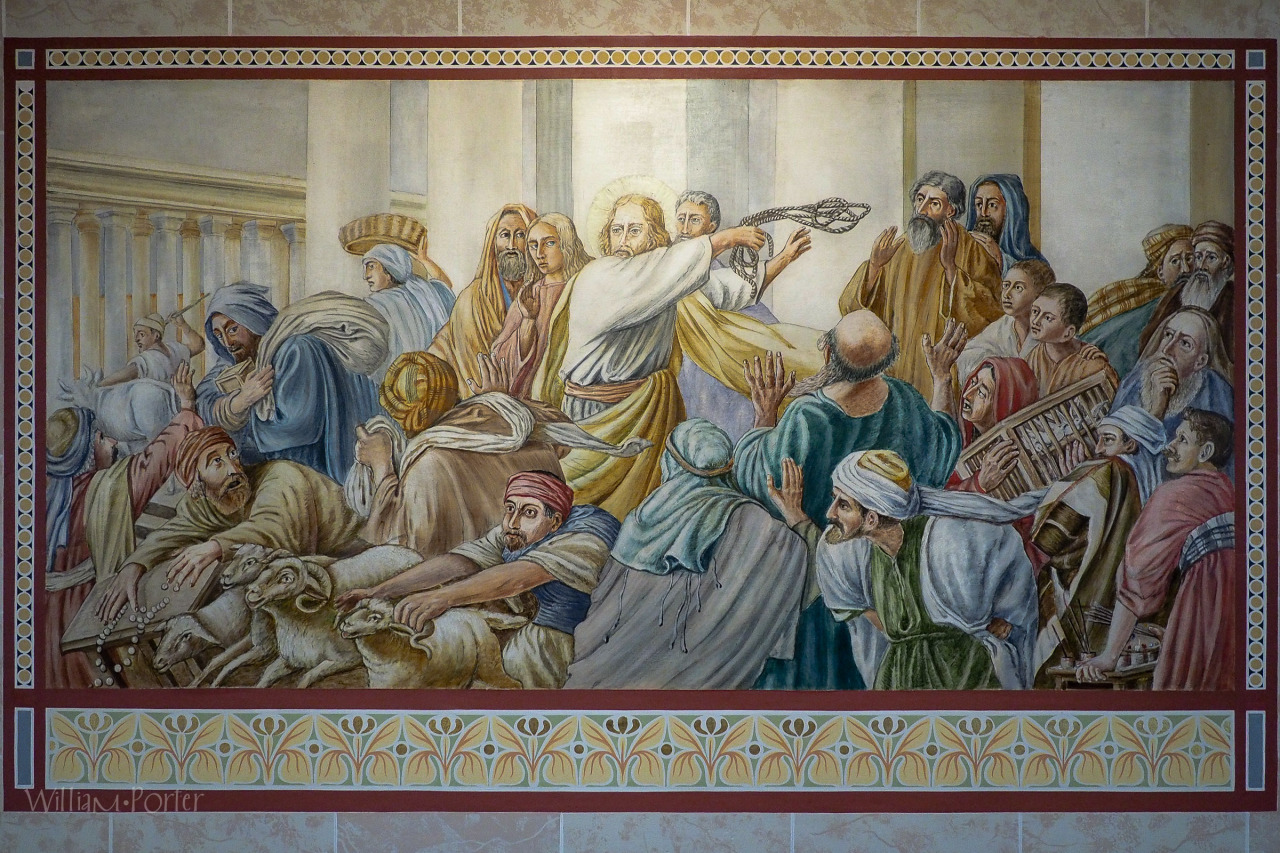 Cleansing of the Temple by Jesus. Notice that the artist has included himself in the painting, along with his paints. (Look in the lower right corner.) 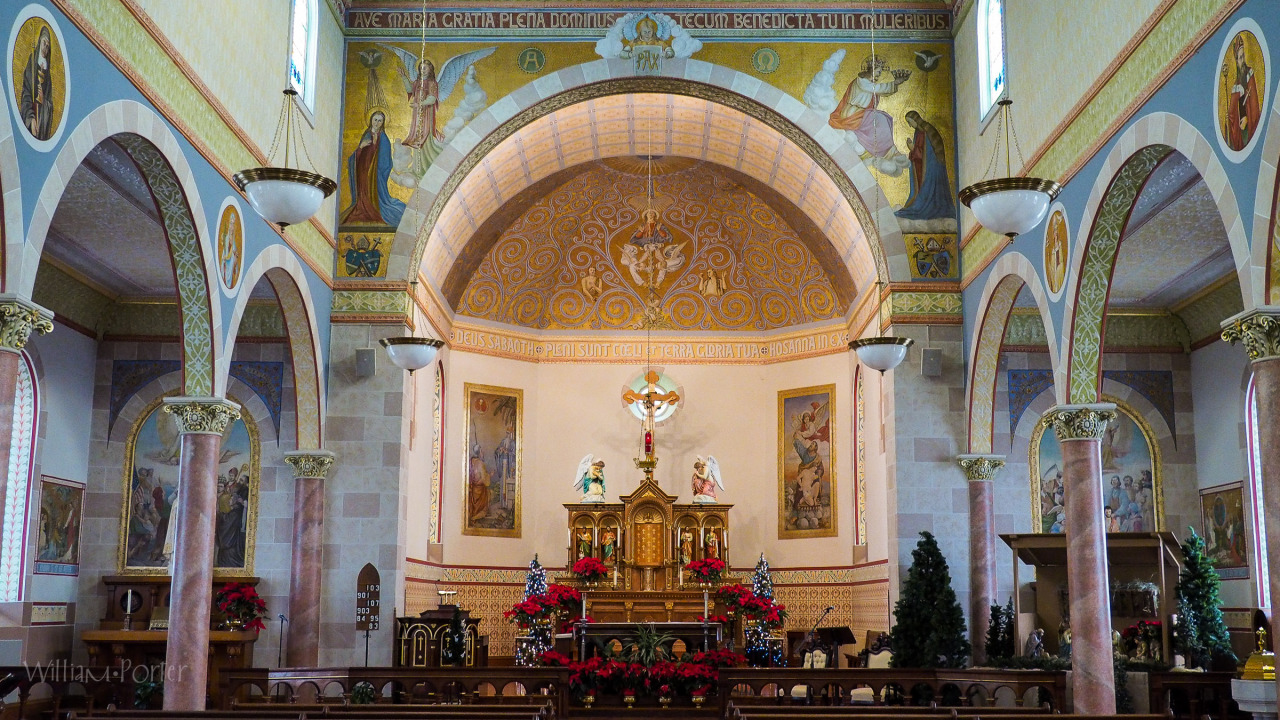 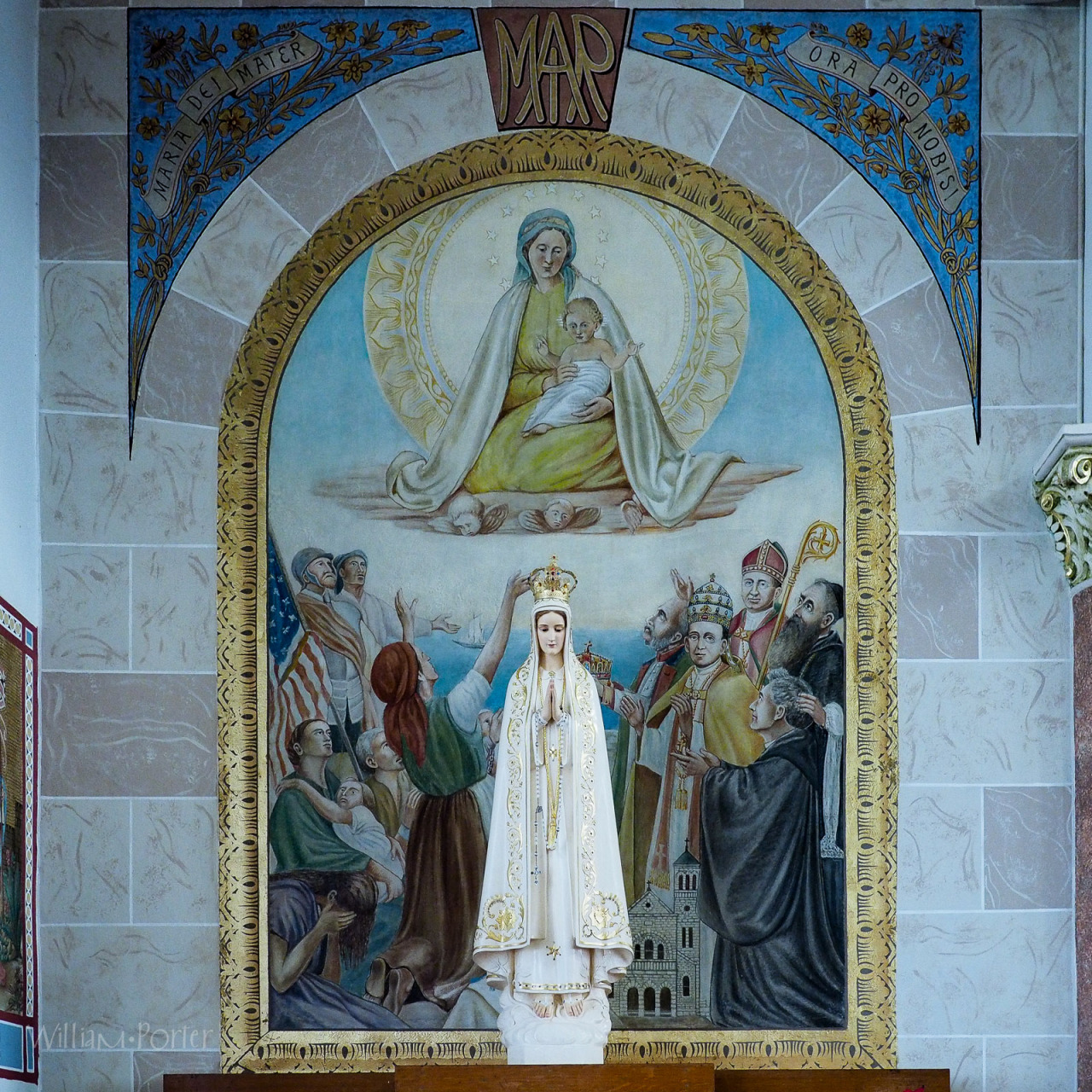 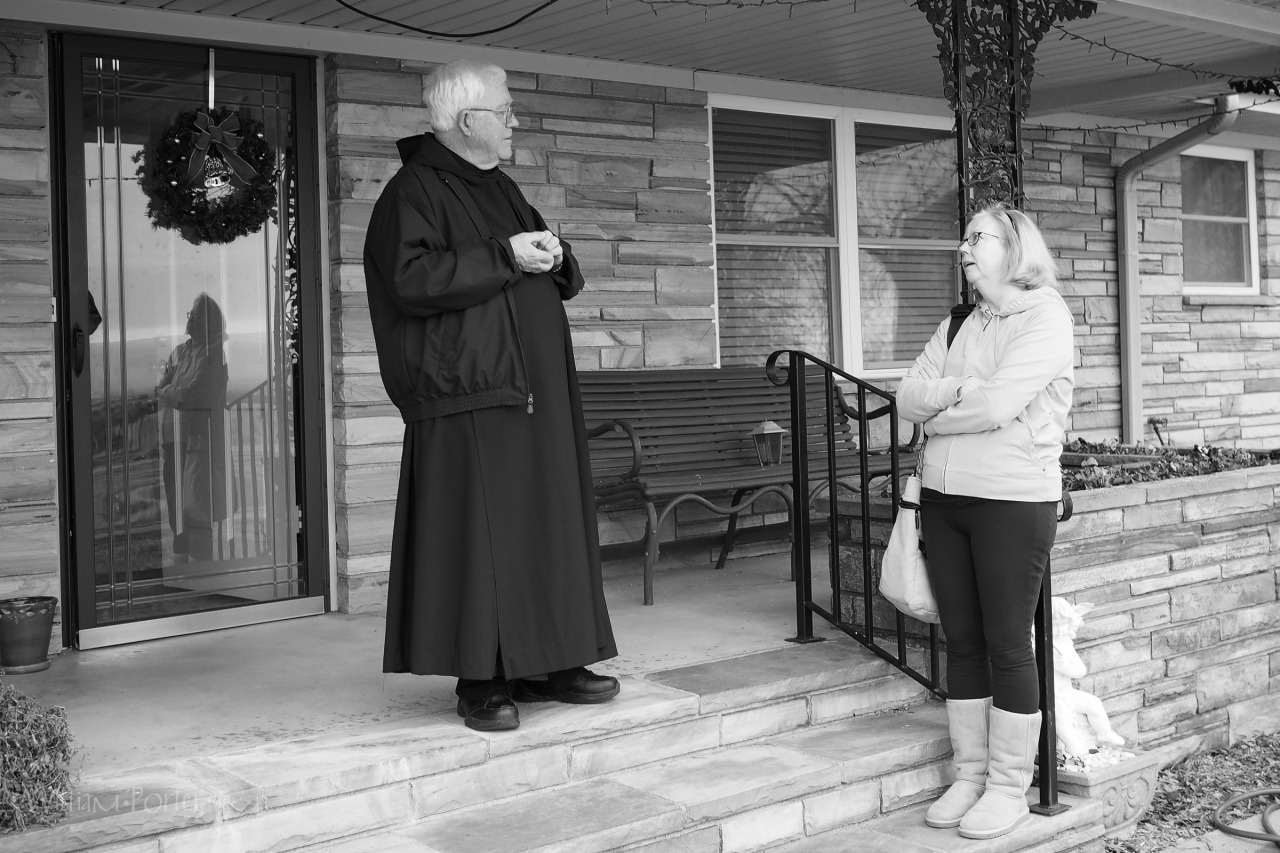 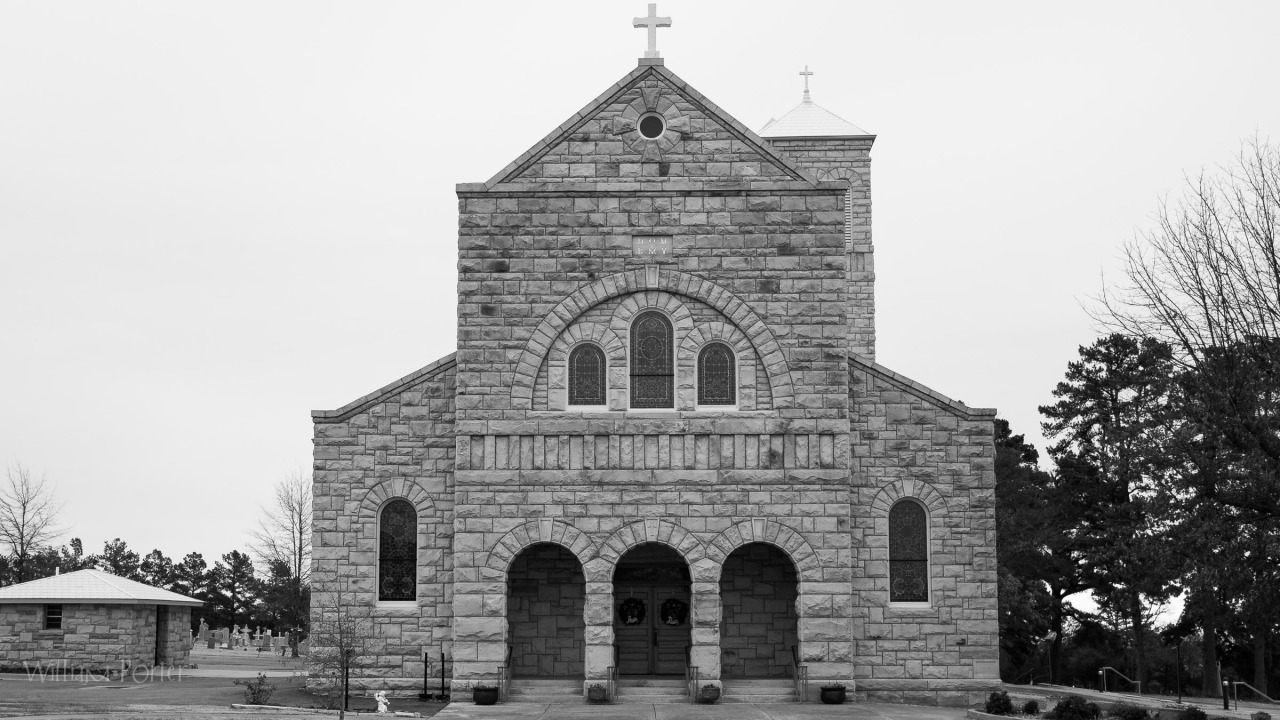 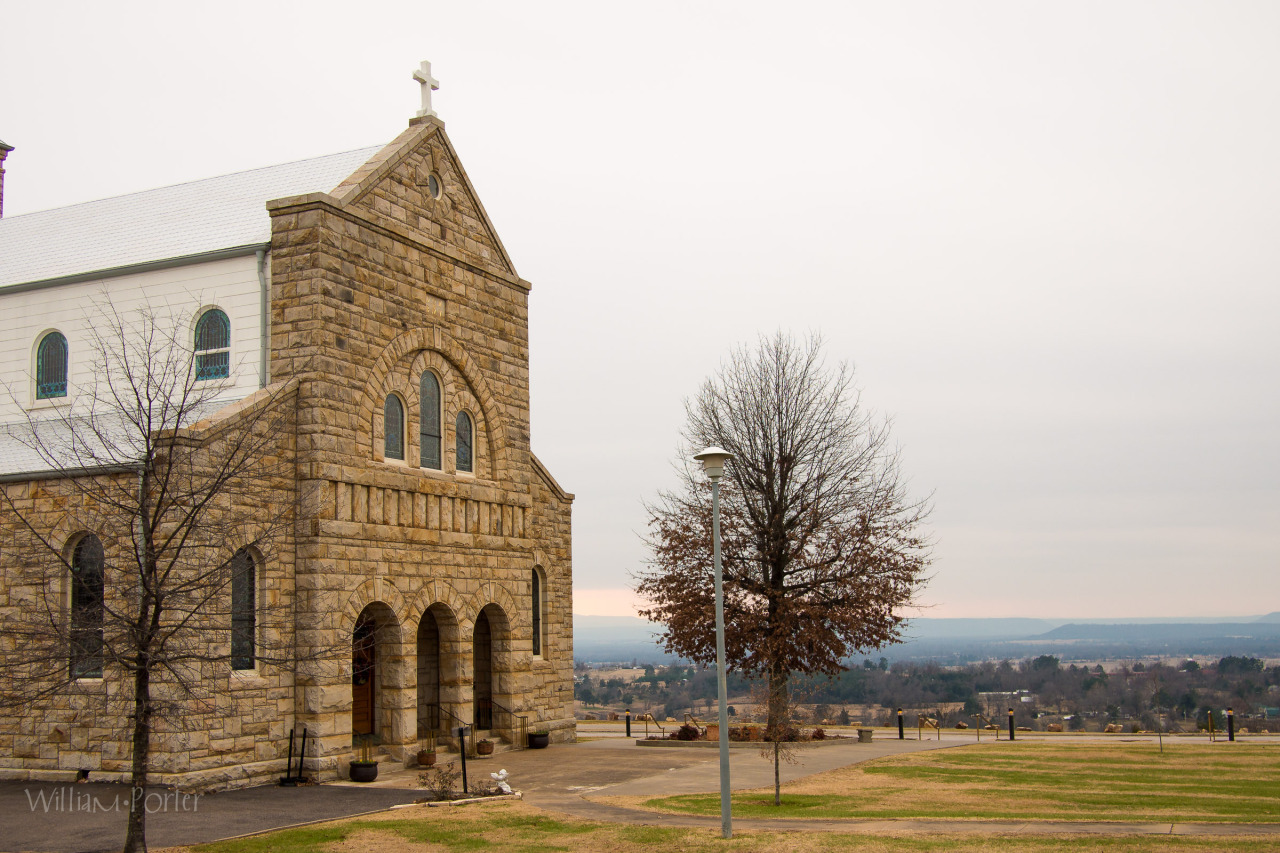 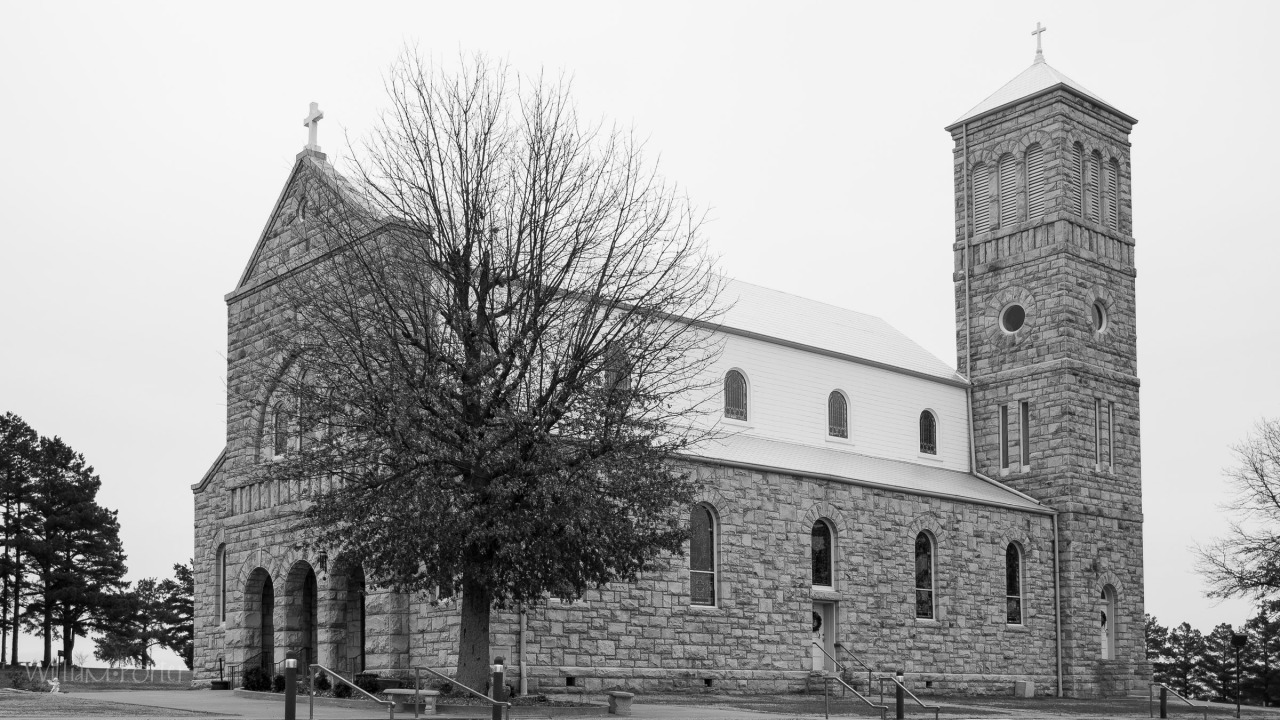 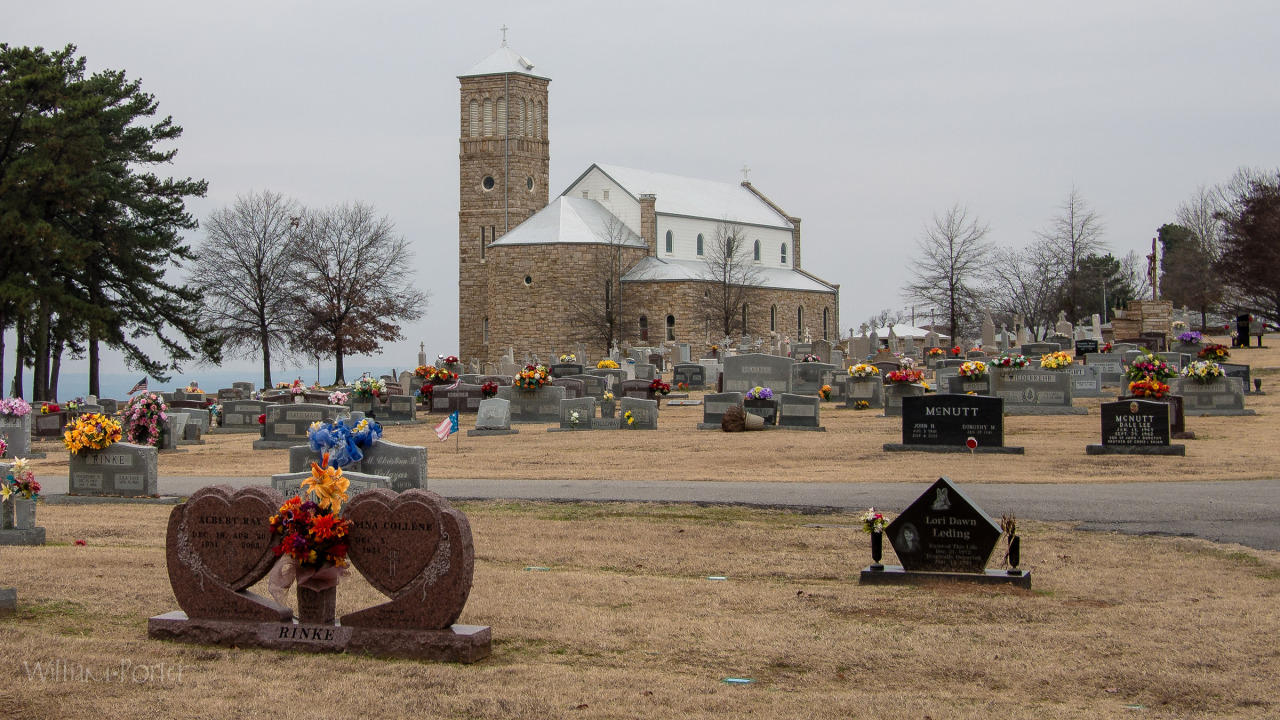 These are some test photos that I uploaded to see how a “photo set” might work.

Would this work for a photography portfolio site? I don’t see how it could. Tumblr actually goes a very good job of showing the photos. Well, I don’t like the way they organize the thumbnails very well. But when you click a thumbnail to see the photo full size, that’s great. About as good as Google+.

The problem is — you can only have 10 photos in a photo set! And as far as I can tell there’s no option on Tumblr for having private galleries. 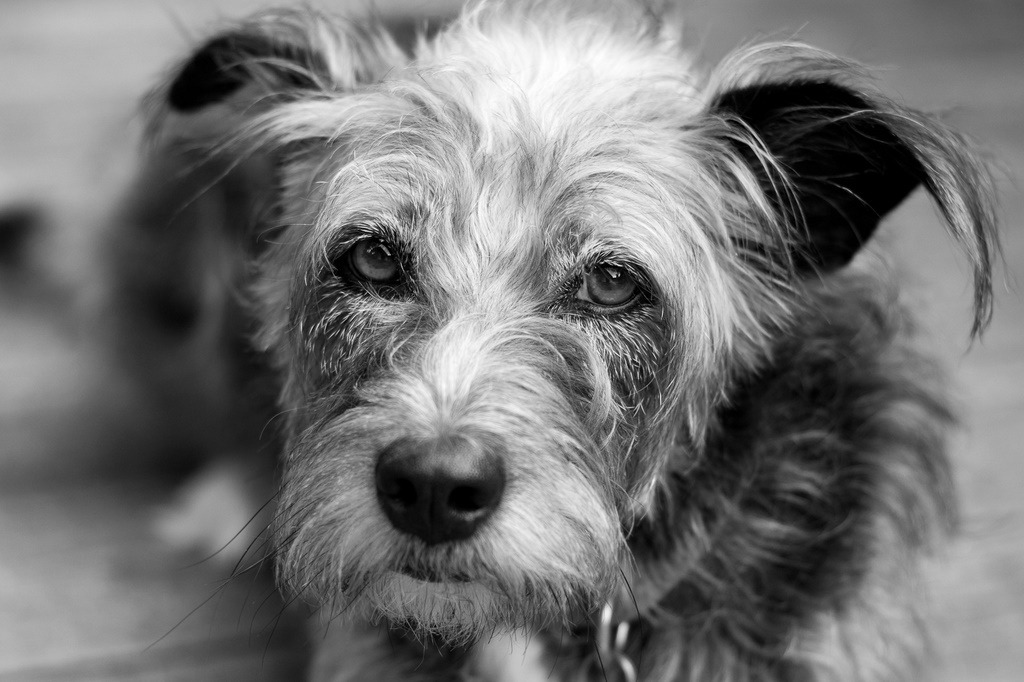 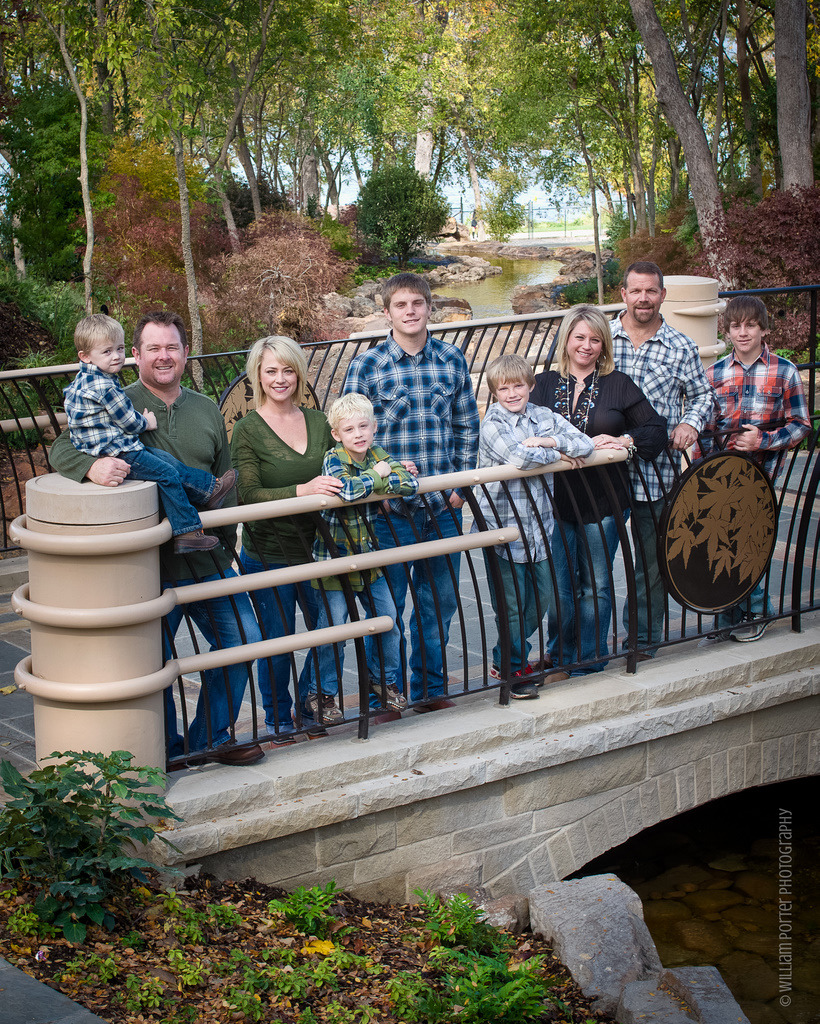 This is another photo. 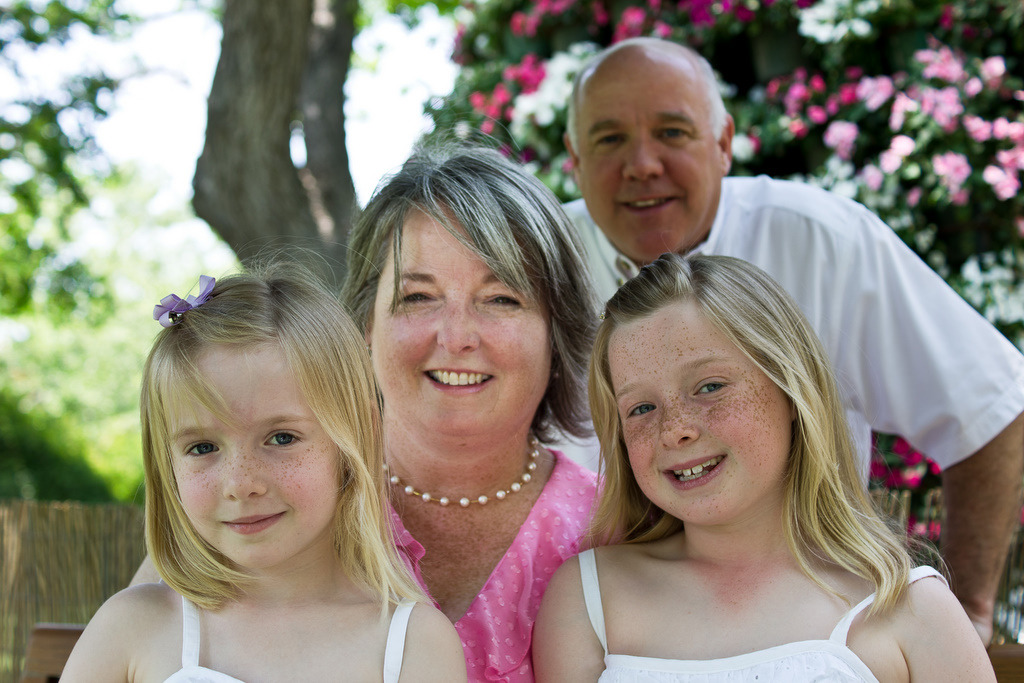 Is Tumlr really a good choice for this? 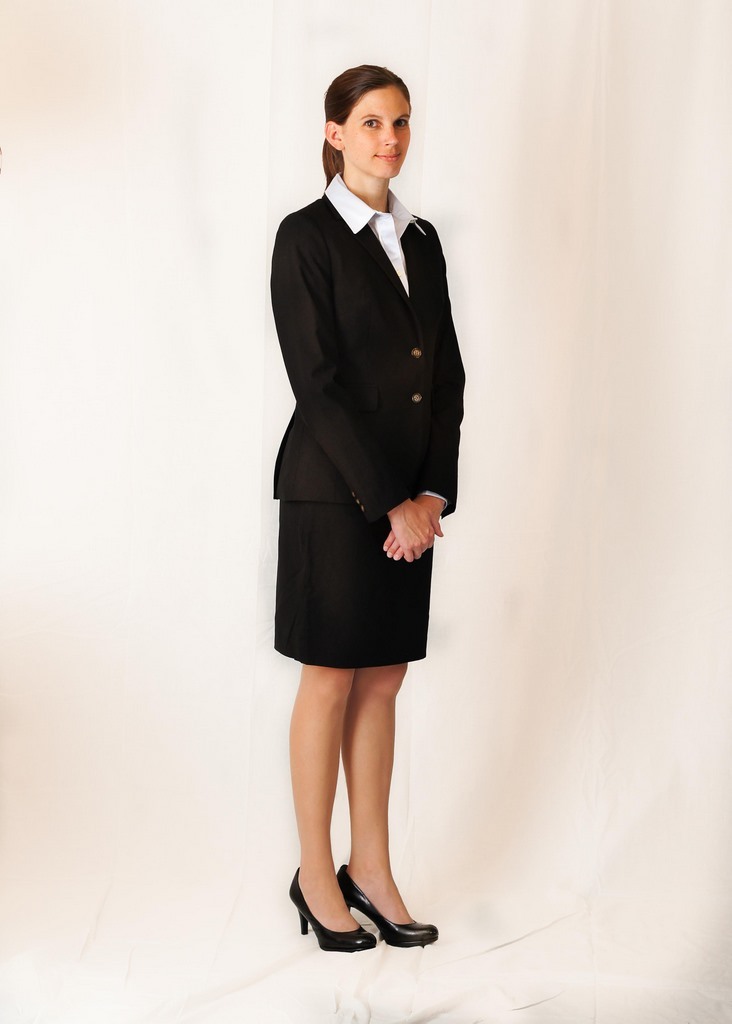 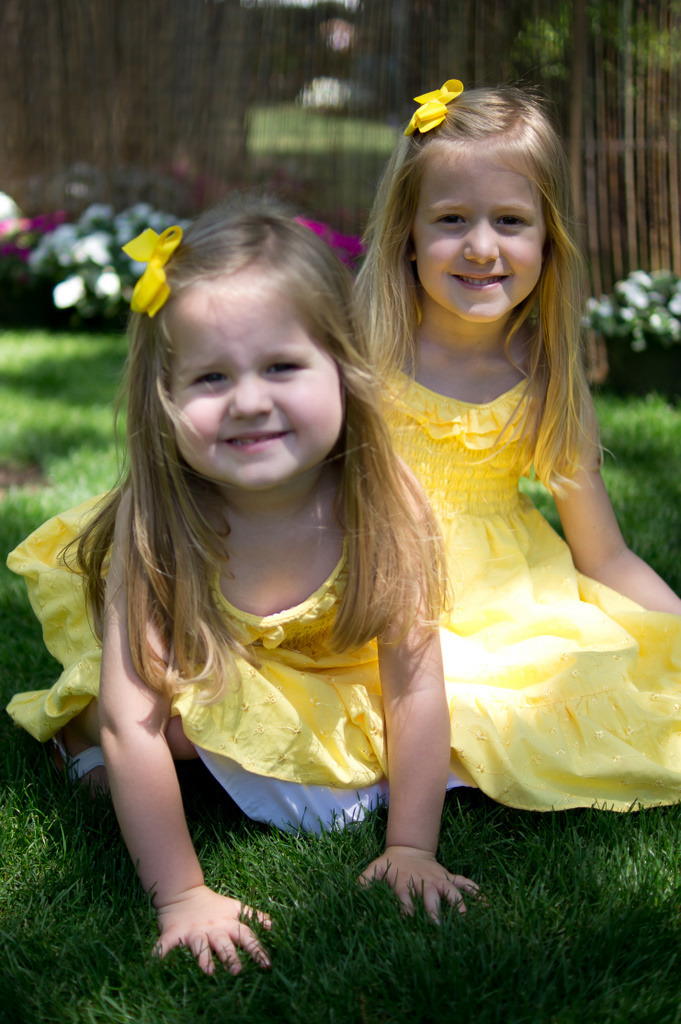 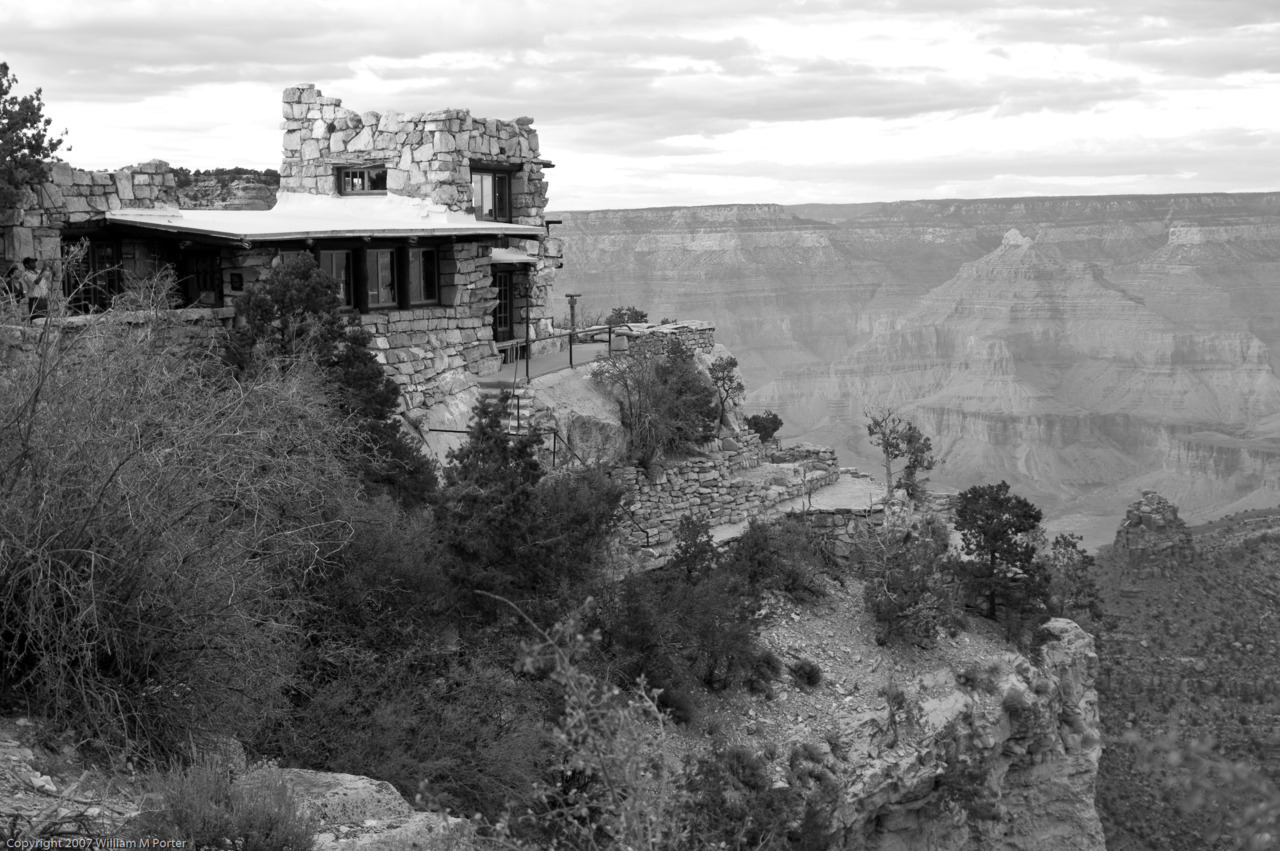 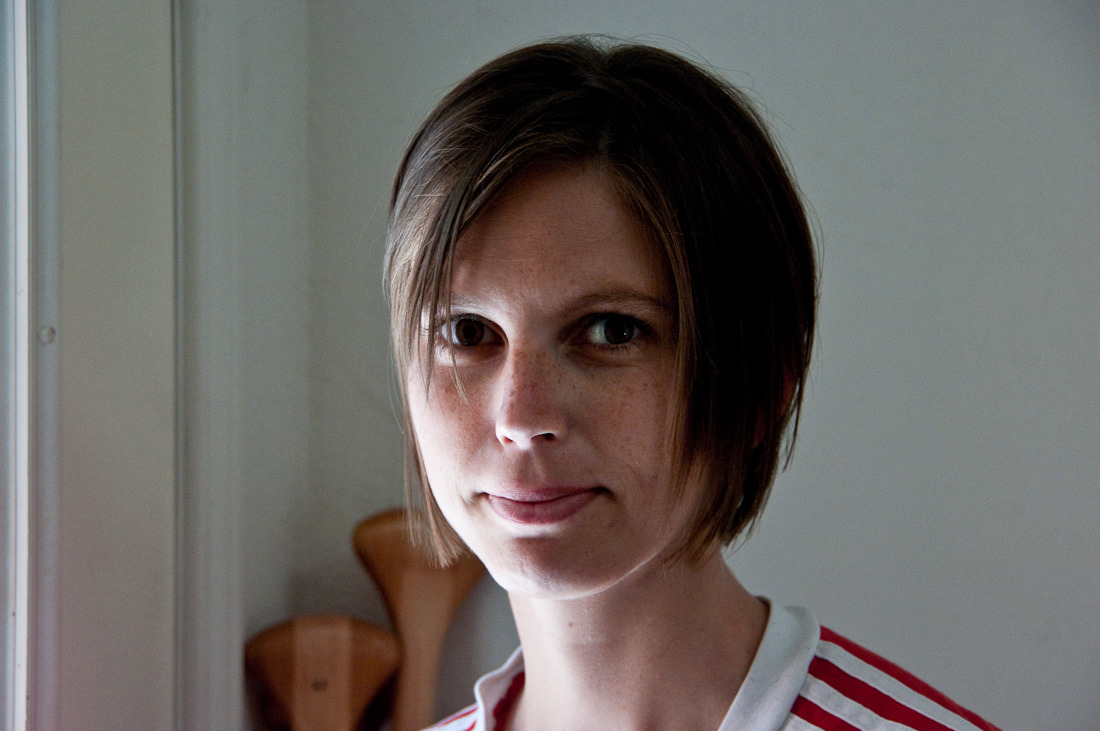 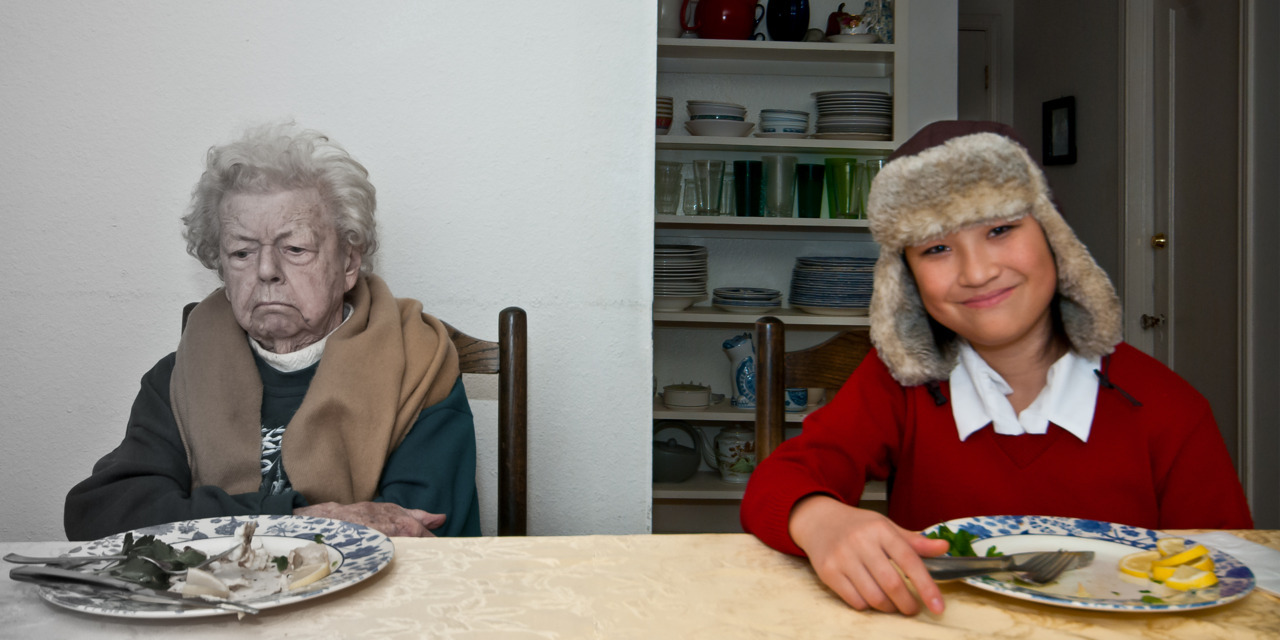 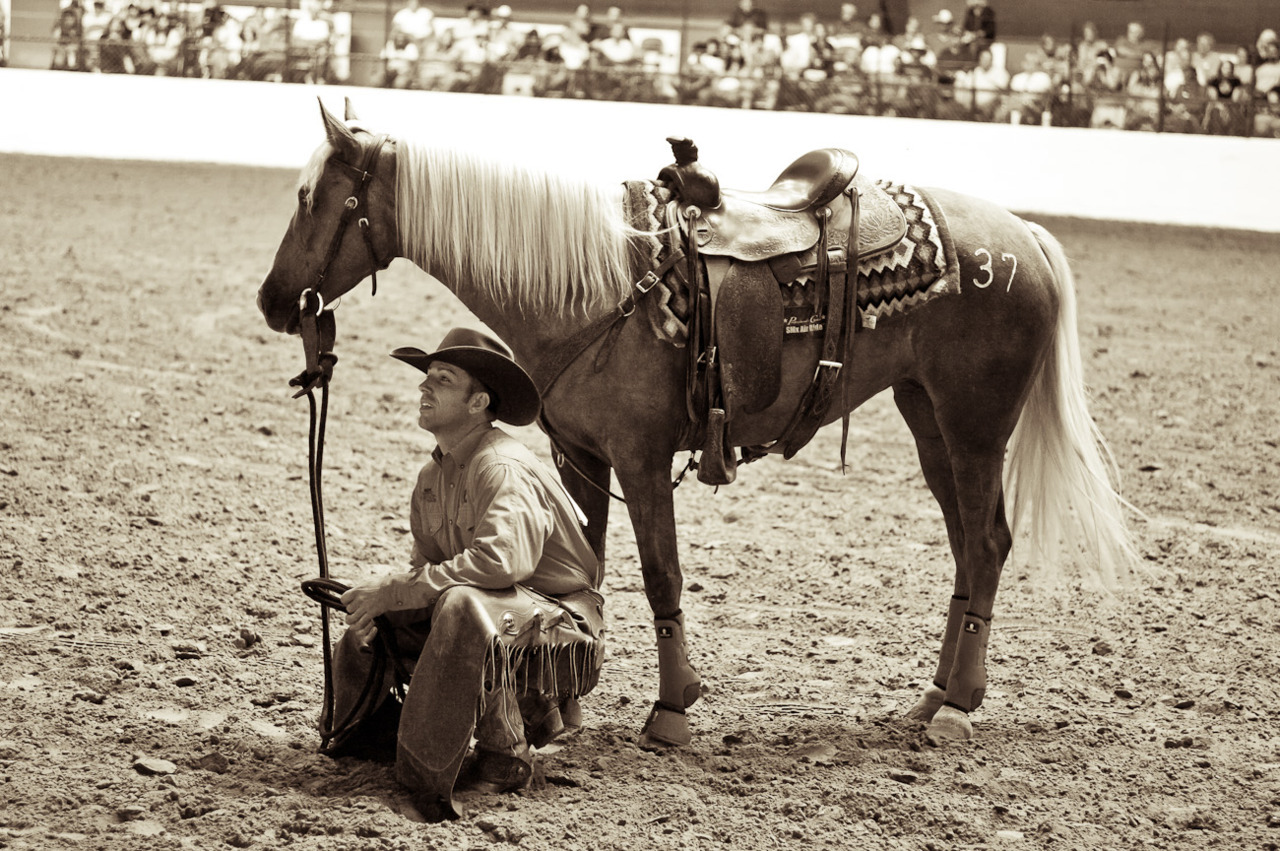 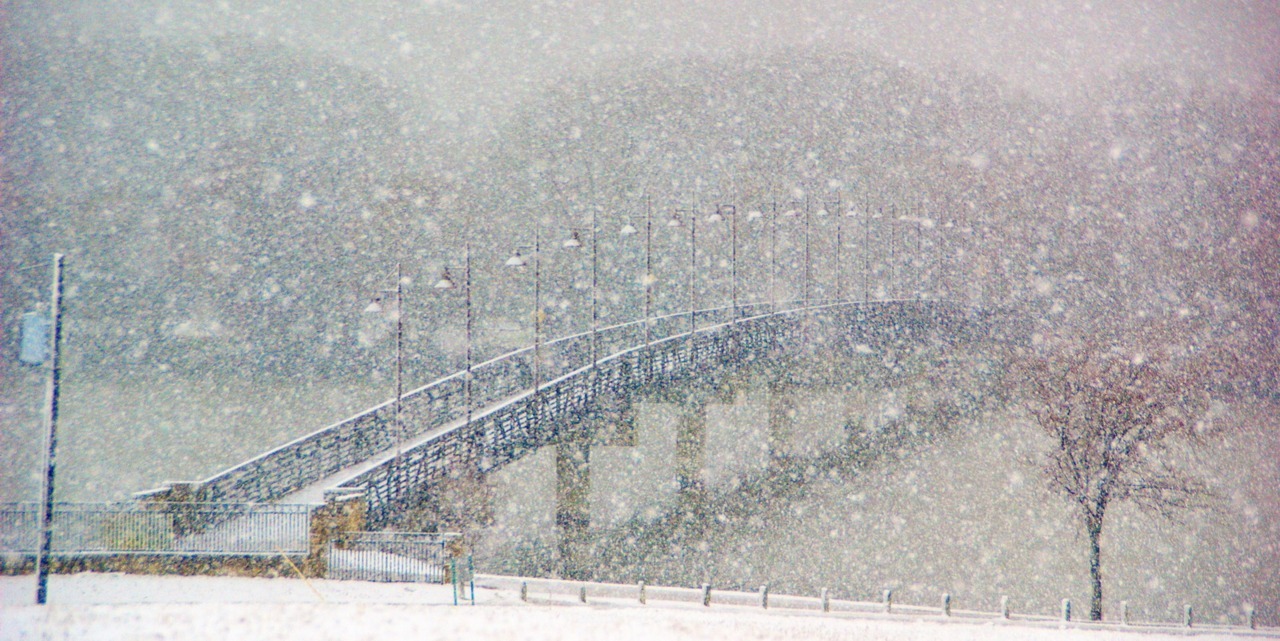 Here’s an interesting picture of one of the bedrooms from the Spanish Governor’s Palace in San Antonio, taken in the afternoon light. The furnishings in the Palace today are not entirely authentic; some are period items.

This is a little post that I created using Tumblet, the Tumblr OS X widget.

The new theme named Antiquity is available for purchase @ $9. Seems reasonable. I previewed it and it’s attractive.